Confessions of a BLERD (Black Nerd)

We have a special guest post from Nero! He wants to share his thoughts on how our community tends to label unique individuals that aren't "Black enough".

There's been disparities in our community when it comes to how "Blerds" only receive our recognition when they reach the national stage. Actors like Donald Glover didn't get our attention until he became "Childish Gambino", would we have checked for Taye Diggs PRE-Stella? Did yall rant and rave over Michael B. Jordan in "That Awkward Moment". Yall still don't give Kamau Bell no play. Then we get mad when these types of guys end up with white women. So.. Nero, is a lot nicer than me, so let's see how he articulates it! Xoxo Capt SistaGurl. Check it out. 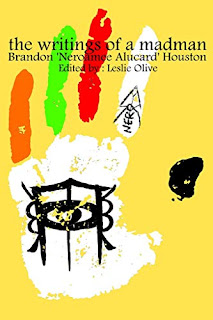 Take it away Nero!

I hate that I actually wrote it to be totally frank with you. I love writing but the fact that I have to write about subjects like this is a pretty damning indictment.
Now I'm going to preface this by saying that you can date or not date whoever you want and you can find attractive or unattractive who or whatever the hell you want. Do you boo.

However I wouldn't be doing you any kind of good if I told you just what you wanted to hear, so I'm going to say on behalf of all the blerds and alternative black people out there, you can't have your cake and eat it too.

Take Donald Glover a.k.a. Childish Gambino for example, the poster boy for nerdy black kids. Before he got famous he pursued black women, and none of them and I mean none of them were checking for him pre-game. People give him flack because he's married to a white woman despite him never saying anything derogatory about black women.


So I ask you again ladies… are my interests really that much of an issue? Is the fact that I like comic books and tea instead of Hennessy make me not black enough?

Okay, here's the poem I wrote about it:

Hello, my name is Nero
And I'm a Blerd.
What's a blerd? Oh that's easy I'm a black nerd.
You're probably wondering, what's with the distinction?
Oh that's easy as well, when your skin is a colored pigment it's... unexpected.
At best it's "it's just a phase he's going through"
At worst its seen as not being one of your own people.

"Oreo" oh I've heard that comment quite a few times in my life.
So to wrap this up, I have to ask, is me liking
Rock music
Anime
Marvel movies and
Comic books seen as Not black enough?


Nero is now a published author! Do him a solid and cop that book on amazon!