When only the Sistas are CANCELED!

Drake’s Nice For What dropped just in time to be mine, and plenty of women’s Summer ‘18 anthem. What a thoughtful king. @Defend_Brooklyn said it best, the video has the Infinity Stones of Black women. But Aubrey’s female empowerment jam doesn’t exempt him from flaw.

Like many other rappers, he uses expletives to describe women. He’s belittled Kid Cudi’s mental health. Nevertheless, our problematic fave has yet to be canceled. Neither has Kanye West after his slavery comments, not really.

This isn’t about our Canadian Prince or Chicago’s troubled son. It’s about Black women and the nuance and forgiveness we deny them. Start the cancellation parades organized by forward-thinking millennials (like myself) that aim to diminish the platforms of Cardi B, Chrisette Michelle, Azealia Banks, Tina Campbell, and Chimamanda Ngozi Adichie. Think about how swift, and in some of these cases, impactful, backlash has been for these women.


For every problematic Tiffany Haddish, there’s a Dave Chappelle, Kodak Black, Steve Harvey, Kendrick Lamar, and countless other Black male celebrities who’s words, lyrics, and/or actions tell Black women they are defective, or who’s artistry paints violent pictures of Black life. These men haven’t been canceled. We appreciate them with respect to their talent, cultural impact, and backgrounds. We have tolerance for their “mistakes” and ignorance, and often blind eyes to the lines they cross.

If cancellation culture is most severe and unified when it comes to Black women, it begs the question if it’s truly progressive and pro-black? If, when it’s a Black woman at the stake, it fails to acknowledge humanity, apologies, access to education before fame, and the fact that social justice is a journey, then all I can say is – misogynoir, I see you. 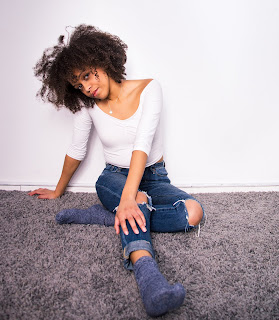 Welcome our newest contributor Sierra Pepin!
Sierra Pepin is a 23 year old post-grad trying to figure out life in beautiful Chicago. Equally, she is a rooter of black and brown people being authentic. A lover of media. A feminist. Remembering that the things she wants are on the other side of her comfort zone. She's a God-driven combo of soft, offbeat, and introspective. In Chicago, she freelances as a multimedia journalist, mostly with a nonprofit called the Westside Media Project.
At the University of Illinois at Urbana-Champaign, she majored in Broadcast Journalism and also studied Gender & Ethnic Studies, Spanish, and Leadership. She co-founded a campus morning show, mentored at a local high school, and was a student member of the National Association of Black Journalists.