Recently Nicki Minaj received a wax statue at Madame Toussads wax museum in Las Vegas. Although this is a huge honor, there have been recent reports stating that her statue requires extra security surrounding it. Spectators at the museum have been flashing photos of her likeness in very indecent poses.

Why? Well, because she's on all fours and half naked. Now, I've never been to this place but I went on the website, and viewed a few statues, the only other one half naked, but standing is..RIHANNA.

Nicki Minaj in my opinion has willingly fashioned her persona into a modern day Sarah Bartmaan. For those of you unfamiliar, she is best known as the Venus Hottentot, and in life she was an African Woman turned Dutch, turned French tourist attraction, turned science experiment. This is real, look it up if you don’t believe me.

Anyway, I say this about Onika because, like Sarah, when there was a rescue attempt to save her, she said (according to history), she was being taken care of and she was fine with her treatment. I can almost bet that Nicki/Onika was fine, maybe even liberated by her portrayl in her statue. The funny thing though, is after Sarah Bartman’s popularity died, she was left poor and destitute, and upon her death, scientist used her remains for “explorative science”. Their research stated that her enlarged labia and body shape proved that African women, were more primal, sexually, and physically, to their white female counterparts. The studies indicated that black women weren't similar to their white counter parts they were similar to primates, PRIMATES. Now, ladies this was in the late 1700’s so what do you THINK they (AS IN WHITE MEN, BLACK MEN, WHITE WOMEN, EVERYONE) currently say about us now? The sad thing is, the way we are commonly being depicted now, is not very different from how others saw us in the past.

Will Nicki end up poor and destitute? Probably not, but will she influence young girls to desire her physique which may or may not be real? Probably. Will she continue to over-sexualize her music? Most likely, YES.  Is Nicki the first example we have as black women with a sexy frame and a foul mouth that little girls want to be like? NO.

This little anecdote brings me to the first part of the BLACK GIRL STEREOTYPE SERIES:

Now Sistas, I’m sure some of you have fell victim to this stigma right? I met this interesting fellow (white) at a networking event a while back, and my sister and I were helping him find a “mate” if you will. I asked him what his type was; familiar enough with us after he’d had a few, he said all types. Specifically stating he had this “FREAKY A#$ BLACK GIRL”. Humn. Ironically, the manner in which he referred to her, in his mind wasn’t defamatory, he just looked back on it with fondness. You know how you think about someone and your eyes roll back in your head, you’re like, “Woo, that was fun! “ That’s how he said it. He went on to tell me about other races he’d been with as well, and there were no more “FREAKY A#$ comparisons, just other women, from other races.

Now, do I reject the stigma of being a black girl freak? Not really, I just think it’s something that we as black women, need to keep concealed for private time only. The fact that we are recognized in this manner only proves how our worth is devalued in the dating market, and how we are commonly disrespected in entertainment. Furthermore, it kind of signifies the fact that a lot of us are unmarried.

Forget entertainment, we can simplify that to how we are spoken to on the street. Have you ever walked down the street in your foxiest summer dress and a man spoke to you, and you didn’t speak? How many, F#$k You B#%Hes , have you ever gotten? Have you even pondered why you’ve gotten them? Aside from the fact that some men were raised by wolves, the expectation is that you’re SUPPOSED to like someone shooting their shot, calling you sexy, when you know they’re checking you out. We as black women have allowed ourselves, (NOT ALL OF US). To take less than what we deserve, and allow that “FREAKY” nomenclature to be apart of our mystique. So much to the point that when we get older and don’t want to utlilize stigma, then we’re STUCK UP BI#%ES.

Well, guess what, some of us do like sex, and enjoy the pleasures of a man, but does that really mean that’s all we are? Or that we should be labeled as such? Aren’t you tired of watching videos with the rappers being butt ugly and the ladies are half naked goddesses. Who fall all over some fat, nasty looking, shirtless BUGABOO Dude?

What stand must we take against this ladies? How do we command regal-ness and positivity? 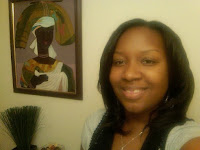 Devin Miller is a daughter of real hip hop, lover of all things creative. a lover of love, and the founder of the SistaGurl Blog Magazine. Her purpose for this blog is to empower women to be their true selves. Confident, Strong, Honest, and most of all POWERFUL.  She is an Official Media Correspondent of The Six Brown Chicks, and has penned several of her own blogs, and continues to utilize her empathetic nature as a tool to help and inspire the masses.