Oh that Kanye! I think most of us can agree and say, Kanye says and does some wild shit. However, for me I can say he's onto something with this one. NOTE, my thoughts and perspective on this topic are my own. My intentions are not to influence yours but to share a dialogue. Now let's begin!

So first ignore the fact that Kanye is Kanye and let's play devil's advocate here. Why would Kanye say, "I am a God."? What makes him think he could say such blasphemy? What is the literal definition of blasphemy? Well, blasphemy is the act or offense of speaking sacrilegiously about God or sacred things; profane talk. The key word here is OFFENSE. Who is offended by what is said about God? The people? Or God? Or better yet did God tell "the people" he (or she) was offended?  Are they now God's messenger?

His "blasphemous" comment made people uncomfortable. So was he saying anything that took away from the power of the God people know? Was the audacity of Kanye, speaking of himself in such a high reference as their God, hurtful to them? Granted Kanye blatantly made the comment without explaining himself. By numbers it increased his popularity among the misunderstood. Which brings us back to the focus at hand, Why would Kanye say, "I am a god."?


Ponder this... what does God look like? Where is He or She? Does God have a race or nationality, a particular ethnic group? Have you ever seen God? No
matter if you can answer these questions or not, each person who reads this will have a different answer. Let me say this, I don't have faith in God. In fact I don't believe in God. I KNOW GOD! How do I know God? Because I am a God! The question now is, "How am I, a child of God, and not be a God?". If my earthly father is a Smith, am I then a Jones? No, I am a Smith. My name is as my earthly father and mother. Therefore, how am I not as the Creator?  No, I am not THE God of the universe but I am the God and creator of MY environment.

In the book of John chapter 10, Jesus is being questioned by "the people" about his identity. They demanded to know, Are you the Messiah?, they asked. Jesus was cool, he said, I told you but you cats never believe me. See prior to the people's demands, Jesus was giving a teaching and they were not HEARING him. Their minds were so fixated on the ideal of him being the Messiah or if his words were blasphemous, that they were not listening to him. They then wanted to stone Jesus because they felt he was a man, who was making himself a God. But Jesus reminds them of Psalm 82:6, which says, "I have said, Ye are gods; and all of you are children of the most High." He so eloquently states, "Is it not written in your law, I said, Ye are gods?" SAY WHAT!?! Did he come with the clapback? Yep! So of course, naturally, the people were pissed and proceed to stone him. 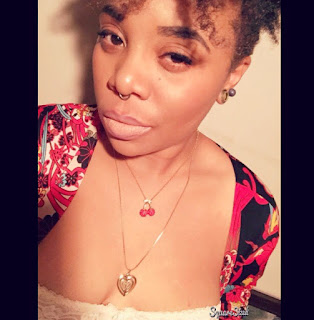