BE YOU NO MATTER WHO YOU ARE WITH 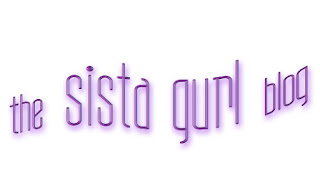 Some girls begin compromising themselves for male acceptance at a very early age. There used to be studies mentioning that girls around the age of 9 years old begin to see slight declines in their academics because boys are no longer disgusting and more interesting than the teacher. Personally, boys were never gross to me. I always found them captivating. (No, I was not fast. Well, let’s revisit that.) The earliest “relationship” I can recall was in kindergarten. (Okay, maybe a little fast, but hear me out.) The relationship consisted of me receiving first dibs on his lunch trades, a partner to sit with on field trips, and he wouldn’t tag me during “Red Rover”. The perks were clearly hard to refuse, so I did not. All I had to do to maintain this relationship was suffer through a few moments of sweaty hand holding from time to time.

Fast track to the 3rd Grade which is the point of this post, I met THE BOY. He was a transfer student, he was smart, poised, and I probably liked him, more than my Barbie collection by his second day at our school. However, he had his eyes on a Boricua girl in the class. So, I stayed in the friend zone for at least six weeks. It felt like an eternity by the way. He would confide in me day in and day out, and lament over her, because I was in fact his confidant, his best homie, and as such, I listened. This young lady was curving him BIG TIME. She did not give him the time of day at all. I seriously hated her, I couldn’t understand why she would do BAE like that, he was better and more finer, than Ray J and Jason Weaver put together! He was the BEST. (Yes.. this is the 90’s deal with my comparisons). Eventually, he came to his garish senses, and in grandiose fashion, he wrote the NOTE of intent and commitment. (Be my girl, yes or no). I ACCEPTED. I GLOWED. I WAS VINDICATED. JESUS IN FACT DID LOVE ME.

Can we pause for a moment, I am not being dramatic, I really did feel like this, which is utterly ridiculous, but stay with me ladies and gents.

Throughout this time, we were in the midst of an intense multiplication competition in which he and I were, being the genius savants that we were, we clearly were in the top five of the competition. Personally, I was not invested in the competition as much as he was; I just wanted to make sure that I got an “A” at the end. He of course HAD to win. During the final round of the competitions, I intentionally tanked “12x11” so he could have a better chance at winning the last heat. He advanced like I knew he would, and I was blissfully happy that he did so. I chose, this Prince amongst booger faces over myself, just so he could win IN THE THIRD GRADE. Imagine how many times I’ve done that hereafter?? He didn’t ask me to do it, I chose to. I tell this story often, and I am sharing it with my SistaGurls for a number of reasons. I made some pivotal mistakes in this ordeal.


This little anecdote is important in my life because it laid the foundation for how I would allow men to treat me in relationships. I would often make allowances like these to “help” my boyfriends. In a relationship, compromise should be inevitable but it should never be made at the expense of being who you are. It is important that we remain individuals even within the relationship because you cannot live for someone else. You have to live for you. I have witnessed women and men alike adapt to their mate socially, mentally, and economically. Liking the things they like, spending time with their friends and not his/her own primarily, and if/when the relationship ends, they are left with hobbies they didn’t choose, no friends, and an identity of someone else. BE YOU NO MATTER WHO YOU ARE WITH.