Can't Get Right. The epic adventures of CBreezy.

January 03, 2017
I have written about Chris Brown several times, because he is one of the few celebs that I actually want to do well. Like in life.. I want him to be mentally strong, and continue to smile, sing, and dance. Because as an entertainer, he is the closest thing to the second coming of Michael Jackson that we have to date. (Edging over Usher and Justin Timberlake.) I don’t want him wrapped around a tree, on Dateline claiming to have slept with ghosts, or anything that he himself can personally avoid.

We have all been witness to his multitude of failures and successes so we don’t have to bring up his past kerfuffles. But today about 10 hrs ago..seemingly during a break from multi-city touring, he got into a battle with #Souljaboy who goes on IG repping his gang affiliation, and over explaining his self proclaimed street cred. (Cause of course the pioneer of several dance crazes is gangsta.) He was all, I do this, you beat up rihanna, I can like Karrueche's photos yada yada. It was tired yall. Okay you can buy guns, you have teardrop tattoos.. Great. Go You.. 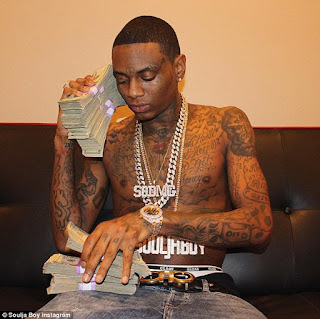 Then Cbreezy who never backs down from a social media war retaliates. First calmly, with a mild video letting his followers know that #souljaboy who recently was arrested for a probation violation must have snitched on some people to be released out of jail so quickly. He also provided the receipts on this theory as well as screenshots with #Soulja calling urging him to talk. 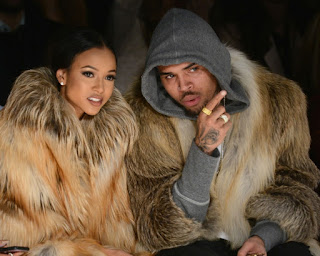 Then the Helen of Troy of many a Cbreezy’s disputes comes in a drops a little tid bit (Under Chris’s post) about how she is focused on her Emmy, her career and doing squats. Gold Star for Karrueche.. still trying to be seen, but acting mad because she is, all while attempting to be above it. Yeah you didn’t fool me but that’s a step in the right direction. Next time..DO NOT COMMENT AT ALL. JUST LEAVE IT ALL WHERE YOU LEFT IT. DO NOT ENGAGE KARRUECHE TRAN. (Caps and full name are used for emphasis.)

Breezy does the most again responding to Ms Kae. I’ll paraphrase. I made you, you ain't bad, you ain’t nothing!! Yadda yadda I smashed your friends. Very classy. Some say this is true, and it may be, but it is common knowledge and unnecessary to say.

Now that we are all updated, some coverage of this “beef” will have more detail about the debacle but, is it really necessary? No it is not. Chris is very bored, and possessive and even if he doesn’t play with his toys anymore, no one else can either. (Go back to the Drake feud, if you would like a reference.) He also cannot resist when he is being attacked. He doesn’t when someone mentions Karrueche, his name, Rihanna, Tuesdays, or the color blue for that matter. He is just a bit touched.. I still love his dance machine self, I just really want him to see what I see, and work on his happiness. From this angle he looks angry and bothered by several unnecessary things. I really think he enjoys these square offs.

Coming from someone who used to enjoy a good rant back in the day I understand how alive being angry can make you feel. But it is draining, distracting and unhealthy. The rage has to be channelled elsewhere before it consumes him. It is not like he doesn’t have the resources to transition his energy into more positive outlets, but he just like most of us, can’t shake that urge to clap back every now and again. We shouldn’t do it either. Has anyone ever informed him of the potential opportunities he is missing out on because he can’t stop addresses mediocrity in himself and others? Did anyone ever tell him that he is teaching his fans to behave like this too? (And they don’t have security to back them up like he does.) Chris Brown needs to grow up. Everyone involved in this lil beef needs to grow up. Including the people we do not see speaking to them behind the scenes urging them to continue.