Nola Darling: The Side Effects of the Loving Bed 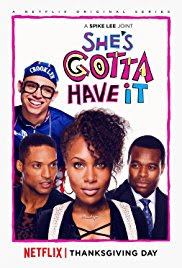 Hey Sista Gurls,
She's Gotta Have It is a great series, and we couldn't help but write a few posts about the social issues portrayed in such a great piece of work. Here is the kick off, stay tuned for more. Capt Sista Gurl :)

In American culture men receive the luxury of dating many women and being identified as a man’s man, a playboy, and a stud. He is admired by his ability to maneuver through multiple women at a time as a hero. When watching "rom coms" you typically can find a lead male who “isn't ready to settle down” and then finds some magic woman (or ghost)  who possess a fierce underwear and shoe collection that makes him laugh and supports him in a way he always needed. It is very rare that this man is called out for his insurrection prior. And if he does, it's when he's already became love struck by some captivating woman; and his decades or bad behavior creep in and he makes a huge mistake.

Nola Darling has three very different men in her life. Greer, Mars, and Jamie. She has sex with all of them. By the standards of our society, this makes her insatiable, greedy, and yes, a freak. Why? Because she's a woman. Women have been taught to believe that sexual freedom and liberating thought processes are designated for men only (or.. Madonna she typically was able to get a pass for this).

Not only were we taught to not be fueled by our sexual desires we've been told that we are not equipped to handle the emotional magnitudes associated with having multiple suitors. I believe that if you are not the girl who envisions wedding ceremonies and babies after every orgasm then maybe you can.

What sets Nola apart from the standard depiction of women in film is.. She seems to like all of the men in her life, but separates the physical connection as just what it is. In her mind, paired with the rules that she possesses, she is free. But.. Is she?

Let's for a moment ponder why she needs so many rules, why she hates the term freak, and why women who behave this way reach villany status. The rules are set in place because she is a woman. She understands that if she gives too much of herself she is no longer in power. Power among the sexes is important. Once a woman loses hers she can find herself waiting by the phone.. Or on some Julia Roberts type of ish, “asking a boy to love her” (Notting Hill if you haven't seen it.)

We have all done this and I truly wonder if the determining factor is the sex or the inclusion of having one suitor. Sometimes career should be more important than finding a man, and if you need to scratch an itch, to clean out your second chakra, why are women frowned upon for doing so?

I can say with complete certainty that none of the men that Nola was sleeping with were “the right one” for her. She combined their personalities and gifts to forge a “superman” because they were not enough to sustain her. How many of you can relate to this? One has the money, one makes you laugh, one understands you professionally, all sexy, all willing to feast on you, in your loving bed? Even for the most soul centered person this scenario is hard to pass up.  If you are still living under granny’s standards you probably choose one, content with the close enough guy. Newsflash ladies, you don't have to do this. Be like Nola if you choose. 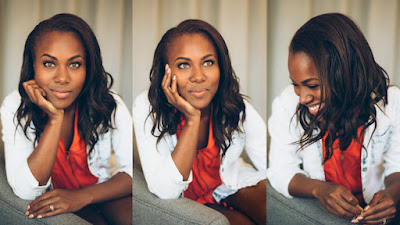 However, being like Nola, in the way she is depicted, isn’t necessarily free. Side effects may include: tarnishing friendships, calling out the wrong names, trying to wrangle jealousy amongst your covenant, losing focus on important things that you need to do to fortify yourself, all of the men falling in love with the piece of you that you give them,  dealing with bounced checks when the wife finds out about you, slander from your less inhibited friends, and of course.. Fatigue.

As you can see, the side effects can take quite the toll. The reasoning behind her choices are admirable at best, because she believes she's strong enough to advocate for herself in a way that she deems as empowering but truthfully speaking, she is probably more lonely than she would be if she didn't have a full sexual roster. She was still struggling financially, she was still a survivor of sexual assault, and she was still DISTRACTED.

These were the primary effects of her decisions. Having multiple men in your life doesn't make you whole. It won't make you love yourself any more than it would if you didn't. What it can do is make you BELIEVE that you are desired which feels good until you need something more tangible and sustaining in your life.

So.. My real advice. If you want to use Nola Darling as a model for your dating life, just know that the fairytale aspects of the show typically do not happen in real life. Three black men will not be comfortable with standing in line for your affections and truly care about you. They will treat you like a freak and compartmentalize you in that manner. They will not break bread with each other just because you bat your beautiful eyes, and they most certainly will not support you in the way that you need them.

Additionally, if you plan to do this, have an end goal.  If you just want to be insatiable, go do that, but do not expect any lasting relationships to develop within the process. Have fun, keep it light, and don't allow them to stress you more than if they weren't there. This type of thing should not be a general practice. Not because women aren't designed genetically to handle it, but because it can get really messy. OH YEAH AND WRAP IT UP! 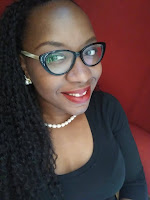