My Chat with Kenny Lattimore 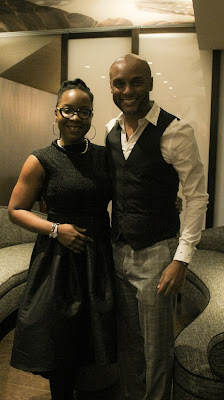 This past Thursday Afternoon, I had the pleasure of attending the Mocha Cafe's #SaluteHer17: Beauty of Diversity awards ceremony. It was an awards ceremony honoring black women in our communities who have paved the way as innovators and trailblazers. I love award ceremonies centered towards black women because they give me all the SistaGurl energy I can stand. It was so Sista-centered that it was sponsored by Toyota, 106.3 (Mocha Radio), and ORS Hair Care. You know what that means? The freebies were oh so perfect.  Another special surprise for me, was having the pleasure of speaking with a man with over 20 years of experience in the music industry.

I must say that prior to meeting Kenny Lattimore, I had all these assumptions as to his character, based on my favorite point of contention, spin media. A couple of years ago, he was vilified publicly over personal issues with his then wife Chante Moore in regards to a custody battle. Isn’t ironic that I know this? How the media likes to spill the personal business of celebrities, giving the public the opportunity to judge them? None of this has anything to do with music but then again..it never does. I digress..

I was pleasantly surprised with Mr. Lattimore, because he was more humble, more intelligent, and more talented than I could ever imagine. 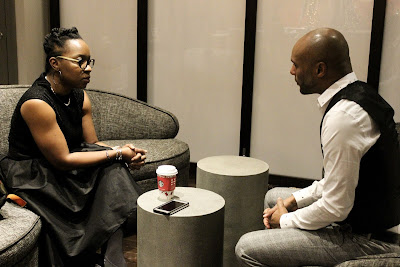 In a quick chat, we were able to speak about the state of R&B, his thoughts on the black culture in its entirety, and why he was apart of the Salute her tour.

About the SaluteHer 2017 Tour
Kenny says that his entire career is geared towards women. He spoke about the fact that he has had the pleasure to be surrounded by dynamic and strong women his entire life. An example of that was his departed mother, who was his manager until 1989. He mentions that unfortunately she wasn't able to see his career flourish he continues to work in her honor. That sold me, I no longer cared about anything more than picking his brain!

#BJ The Chicago Kid and the state of R&B
I wanted to see what he thought about a Chicago based R&B artist, since he was here, and BJ is one of my favorites, that's who I inquired about. Kenny indicates that he was able to work with BJ during the Peabo Bryson Grammy tribute some years ago. He said that he loved the fact that he can “actually sing”. He likes a lot of the newer artists, believes that they are immensely talented but the changes within the music business makes it hard for them to flourish. He said the labels he was under promoted Kenny Lattimore the brand, so the sales pitch would be about his talent as well as who he was as a man. So it was easier to have longevity in the business.

It was an immense pleasure speaking with Mr. Lattimore, if I had more time with him I have no doubt we would have saved black music and who knows what else.

Kenny has a new single called Push, that is available now and an upcoming album called Vulnerable being released soon.
https://youtu.be/c5Pn6NnxWdU