How to Win an ARGUMENT 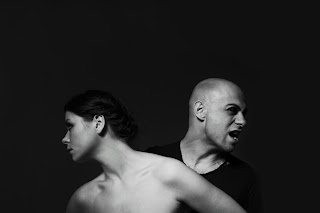 Are you the person in the relationship who always bends and never wins the argument? Does  your partner always find a way to make a point that shuts you down? Would you like to WIN an argument for a change? I can help. BUT I WILL NOT. Not because you are not one of my favorite people, it’s just the opposite. It’s because I care.

In relationships, there is no such thing as a won argument. Anytime communication reaches a point to where dialogue has transitioned to name calling and adversarial mechanisms, you have both lost. No one is listening, and what resonates when the two of you are done “Getting your point across”; is a bunch of negative sounds bites or texts that you wait too long to delete. Which, only make the situation worse.

Everyone doesn’t have a MBA in Public Relations so arguments are a completely natural occurrence. We all at some point let our ego take lead to our consciousness and forget to adhere to reason.

Here are a few simple steps on improving communication with your partner.

LISTEN ~ with the intent to understand - Even in a shout match, which neither of you should do, there is some vital information in there. Listening to what they're saying to you can help the two of you understand each other. So just be quiet, and hear them out. Ask for the same courtesy. Using  your inside voice.

Put yourself in their shoes - Imagine if their concerns were yours. How would you like to receive the information that you are giving. Can you relate to their point of view? If you can, I advise you to vocalize that. NOTE: Don’t vocalize it by throwing the same thing back tho. For example, “ I REMEMBER WHEN YOU DID THE SAME TO ME.”

LISTEN - WITH BOTH EARS

Think before you speak - A lot of times, we have our point already loaded before our partner is done talking. How can you have listened to their point of view if you've already queued a response? This behavior only creates a cyclical argument. Which means you both are wasting GOOD ENERGY, that could be spent on so many other things. Like arriving to a solution, or MAKING UP.

Check your Ego - A person who really cares about you, should be able to provide positive criticism without you feeling offended and flying off the handle. You may have hurt your partner, their issues could be valid. If you’re so busy being impacted by your inward feelings, you may never be able to accept what they’re telling you, nor will you be able to APOLOGIZE. Which is vital in any disagreement. 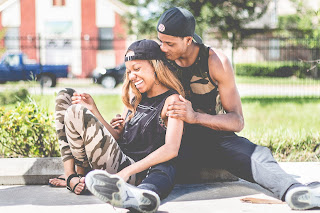 APOLOGIZE. Be a real life adult. Accept responsibility where applicable.These points are not just for romantic relationships. I find them to be valuable in all types of relationships.

We spend so much time worrying about our own feelings that we forget to be better. We forget to learn from others. A relationship of anytype is a gift because it provides us with an opportunity for growth. 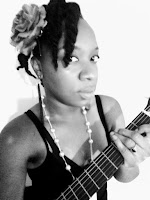