Ladies, were you FRIENDZONED? 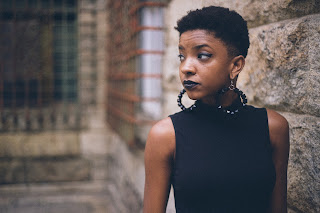 We often talk about how men can get out of the friend zone, or the reasons in which they have been friendzoned. However, it is very rare that we discuss women being friendzoned. Mostly because women don’t notice that they have been. Ladies, if you are talking to your Sista Gurls and they say "Hey what happened to (insert name)?" And you say, “Gurl.. I don't know. We just cool now, it's just not like that.” He may have friendzoned you. Here are the possible reasons why.


1. You Crazy!
Maybe you spent too much time on your first date talking about the time you bleached your ex's clothes when he cheated. Or, maybe you drunk dialed him one too many times. Either way, he thought you were cool. But just a bit too nutty. So you were friendzoned.


2. There was a connection just not romantic one.
The date lasted for hours because you had so much in common. It was almost like you were related. It's possible that the two of you may have even had sex. But be honest. Neither one of you enjoyed it. You just enjoy each other's company. No physical chemistry at all. Just the makings of a magical friendship.


3. He already has a girlfriend or vice versa.
The two of you are could have something but he respects you well enough to not tarnish you by making you a side piece. Or..perhaps both of you are decent people and you know better. So. Friendzone. (With a caveat to the “wait and see”.)


It is my humble opinion that men will wait on a woman for years if he has to. Not because he is lonely, just the opposite. Men don't lament over what could be.. They just keep it moving and keep you around just in case. You are dope. He is no fool. If his time comes up, he will shoot his shot.


4. You smashed the homey or more than one. A man with high moral fiber, often does not associate romantically with a woman who has been down with his boys. It simply lacks integrity. Even if you slept with his friend 10 years ago, it doesn't matter. He no longer will consider you as an option.


5. YOU FRIENDZONED YOURSELF.
How is that possible Sista Gurls? Several ways:


In all these scenarios understand that it is okay this happened. The man that is right for you will not friendzone you. Even if he does, one of you will have the fortitude to step out of that matrix and into ZION. In the meantime, keep being your fabulous self. Seek to be whole, and enjoy your guy friends! Besides, how great is it to have a male friend who has your back? They are amazing.