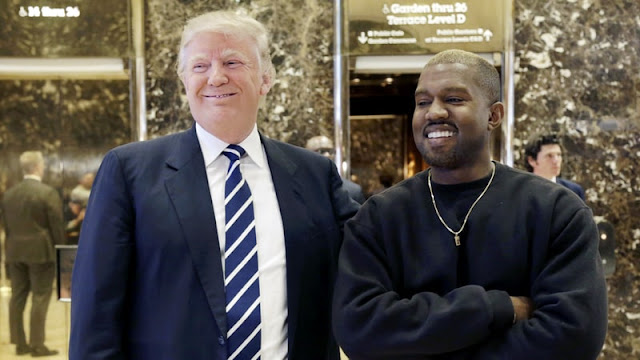 I would assume since you told us that you’re in production on several albums that you’re very busy and won’t have time to read this letter. However, in hopes that it gets to you, I’ll make it brief and as poignant as possible.

Congratulations on the new addition to your family! I am sure you are very proud. Are you aware that regardless to how much money you have, the world will still see your children as black? I would love to live in a post racial world as much as you do, but it’s also important to note that the progressions of equality and inclusion in our society are moving at a snail’s pace.

The fact that you’ve chosen to align yourself, to your dragon spirited brother, makes me believe that you’ve forgotten about White Nationalist protest in Charlottesville with the many white men wearing the same hat that you were, protesting AGAINST inclusion of many of your fans. During those protests, a young man drove his car into the counter protesters killing one and injuring 19 others?  I know you love making a statement, but have you spoken to your “brother” about how his portrayal giving supremacists the courage to resurface and place their views on the national stage?

You wrote, “ I get down for my grandfather who took my momma. Made her sit in that seat where white folks ain't want us to eat. At the tender age of 6 she was arrested for the sit in and with that in my blood I was born to be different".

Are you currently living in the pretense of this legacy? These are the times that your dragon spirited “brother” is referring to. He did not forge a platform that was inclusionary, his platform and present views symbolize all of the struggles that your family had to endure in the past. In order to make America “great” the advances of minorities, women, and immigrants in this country would have to take several steps backwards.

Often times many of the words said by politicians are similar to musical interpretation, you must pay attention to the theme of what’s said, the tone, and what is absent in what their saying to really what they mean. I understand how frustrating that is, so if you don’t want to subscribe to those narratives that’s fine. Just  just follow his actions. Ask yourself how many minorities has he employed to his white house?

That great America he refers to would make it so you would not be able to love your wife publically. This is what he is saying. Call him, and ask him if I’m right.

To no avail has made it his business to make sure the Affordable Car Act is demolished to make a more comprehensive plan.

Do you remember when you wrote Roses, and you mentioned the fact that you believed your grandmother would have received better treatment if she had money? His plan, would make the pain you felt with your grandmother far worse for millions of Americans. I apologize for making this personal but it’s clear that you are an empathetic person and maybe if I can personalize this message you would understand it more thoroughly.

As a person who is near the City of Chicago, and lived there for a large majority of my life, you know how much Barack Obama and his legacy meant to us. I can understand if you feel as if he has disappointed you, if you felt as though he could have done more. However, please also understand the importance of his impact to our city as well as the value of the My Brother’s Keeper initiative, The Dreamer’s Act, The Affordable Care Act, the 15 million plus jobs he created, and the other numerous credits to his presidency. Furthermore, I’d also like to know your expectations for our city more thoroughly. Perhaps you can sit down with your friends who are currently doing the work, to see how much of an impact all of you can make together?

I am here to remind you that you’ve been blessed with a platform, a skill set, and a fanbase in which you can use in however way you like. If you want change, BE THE CHANGE. “Do you realize that you are a champion?” Kanye? Do you know what you are worth? Saying you are a god, and behaving like one are not one in the same. You are behaving as if you’ve lost your way and it’s obvious to everyone.

You don’t need a big brother anymore, you are that for many. Look at the impact that a few tweets on social media have made? Imagine if you were speaking life into YOUR PEOPLE? You most likely have a private jet, but as a civilian I’ll tell you that one of the safety instructions is that in the event of an emergency, you should put the oxygen mask on yourself before you can save anyone else.

So Ye, put the mask on yourself and wake up! Think as freely as you like, but stop making those thoughts at the expense of CHICAGOANS, FEMINISTS, AFRICAN AMERICANS, MUSLIMS, THE POOR,  and the people that have been rooting for you for over a decade. Relieve yourself of the pain you have experienced that is clearly clouding your judgement. Privately rectify those things so you won’t find solace in people who do not care for you; people that don’t have your best interest, or those of your people at heart.

Everyone is watching you, and it’s important to know that while there are thousands of people smiling in your face encouraging free thought, those are the same people who call you delusional behind your back.

People like myself who are wildly disappointed are in pain because we want you to recognize your own image in the mirror. Fight for your people as we are here on the sidelines fighting for you. LISTEN FOR UNDERSTANDING, don’t listen for rebuttals, don’t speak for attention, speak for purpose. You are not doing that, and have not done that in quite some time. I need you to, we need you to.You are becoming less difficult to defend and support.  Be the person who we believed you can be and stop perpetuating an agenda that you really don’t understand. Do us that favor. 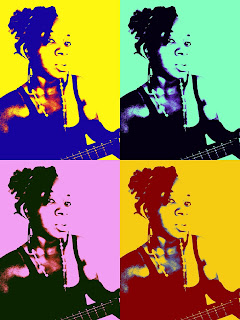