Karma - Maybe I Will, Maybe I Won’t 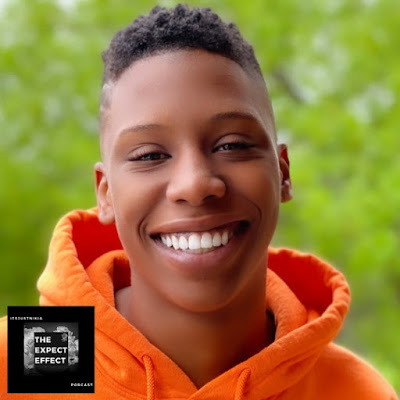 Was it Bishop Justin Timberlake? Church of *NSYNC - I believe - who said, “I thought I told ya, hey (What goes around comes back around)”

I’ll admit, at one point, I was with JT every step of the way, but much like Janet post-Super Bowl, I’ve had to exit stage left. In the present day, I believe karma only perpetuates the idea that life can be contained in tight, neat packaging and deemed predictable. If this were true if what goes around, does actually come around, wouldn't we treat everyone the way they should be treated by default?

Realistically, the pendulum of karma that we cling to is broken. Since its inception, the theory has failed to produce balance. It's as if karma eliminates the need for social justice or the pursuit thereof because it implies our moral fabric is already intact.

As comforting as the idea of karma may be, its existence simply isn’t tangible, and as we progress we’re called to achieve more by acknowledging what’s probable as opposed to what’s possible.

Hear me out. As a child, my great-grandmother told me a story that led me to believe karma was real, and a force worthy of fear. Now, I will say she didn’t do this knowingly, she was simply sharing a bit of history, but an impression was made none the less.

Please note the story I am about to share is rather graphic and may be triggering for some. Names will not be used and some details will be withheld.

My great-grandmother birthed three children, as a result of domestic violence, only two remain. After years of abuse and mistreatment, my great-aunt opted to leave her husband, of whom she shared six children, in an attempt to start a new life. My great-grandmother agreed to help pack and as other members of the home left to run a quick errand, her husband would rush into the home cornering both women in the kitchen. Several shots would be fired, one leaving my great-grandmother with a wound to the face, an amputated ring-finger, and years of unprocessed trauma.

My great-aunt was struck in the neck and pronounced dead at the hospital. Approximately ten years later, this same man would go on to marry another woman, perpetuating the same cycles of toxicity. The differentiating factor? After one too many instances of infidelity, she would seek closure by taking his life. Her weapon of choice? A firearm of course.

How could one not believe in the interworkings of karma after hearing something like this? This was practically Shakespeare. I’ve come to learn, however, that karma is solely a matter of perspective. Canadian philosopher and cognitive scientist Paul Thagard, Ph.D., states: “the view that everything happens for a reason is implausible because events sometimes occur by chance or by accident. Like karma, fate, and destiny, the view that everything happens for a reason merely serves to provide false assurance to people suffering through a difficult world. People would be better off to use evidence-based reasoning to figure out how much to deal with unavoidable uncertainty, without mythology.” (Thagard, 2013)

The underlying idea that good deeds will be rewarded with good results is endearing but not practical. The doctrine indicates a definitive balance between good and evil, explaining both joy and misfortune. When assessing karma’s success rate, we find minimal evidence of consistency. Good things happen to bad people and bad things still happen to good people. As a result, karma has no proven track record of resolving the problem which it’s intended to meet. Consider my now deceased great-aunt. Did the death of her murderer put an end to domestic violence? Consider my great-grandmother, an innocent bystander attempting to assist her child in the alleviation of suffering, permanently injured and forced to suffer an unspeakable loss.

HuffPost Contributor David Loy spoke on, ‘The Problem With Karma’ in 2013 writing, “The term karma literally means ‘action.’ According to the popular understanding, the law of karma is a way to get a handle on what will happen to us sometime in the future, but to focus on the eventual consequences of our actions puts the cart (effect) before the horse (action)”

Gaining control of our actions also rests on understanding the nature of our intentions. Manipulation breeds manipulation, just as aggression breeds aggression. Those motivated by ill intentions typically experience feelings of isolation and anxiety as they are unable to engage openly with others. Alternatively, those motivated by factors such as love, generosity, and kindness are typically more relaxed and free to express themselves without restraint. If we can change our why (what motivates us), we can then modify the actions to follow, inevitably leading to personal transformation.

Punishment is not a requirement for growth as the interworkings of karma would have us believe, and while we don’t always like to acknowledge that good things do happen to bad people, we would behoove ourselves to focus more on truth and less on comfortability. There will be moments people receive exactly what they deserve based on their actions, however, sometimes they won’t. By focusing on cause and effect, we gain perspective and better equip ourselves to avoid like problems in the future.