The After Interview - Featuring Maria Hadden

As we propel ourselves in the season of giving, I'd like to share with you the full answers to some of what we talked about as well as some questions that weren't seen in my Rolling Out interview. I'd like to call this segment "The After Interview".  So dig in folks, Maria is a quality candidate and just by being herself, she stands to make HERstory. 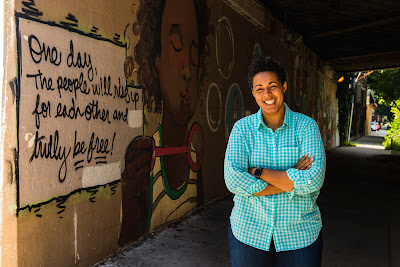 It’s to note that if elected you would be the first AA woman and openly gay alderman in this district. What are you thoughts on this?

I think it’s exciting. We live in a place where diversity is a strength, and I think our leadership should represent that. And that’s not to say I represent every identity in our ward, that’s impossible, but I do think having someone who looks like a lot of people in this ward and shares more of their lived experiences will make a difference in encouraging people who aren’t currently engaged in the political process to get involved. It’s also a reason I don’t want to be alderwoman for 27 years, because I believe to truly have diverse and representative leadership, you need to give others a chance to take the reigns.

As an African American woman and person within the LBTQI community, can you you share your wildest social dream?

That certainly a big question, so I’m going to answer something slightly different: what is my wildest dream for the ward? The answer to that is we maintain our community’s character and culture, while addressing the issues important to the people already living her and those who are coming to the ward. Specifically that means a ward where our public schools are fully funded, where our social services and nonprofits thrive, and where we are able to attract new people to our community by fostering development, but in a way that allows us to keep housing affordable for our residents. It also looks like living in a city that practices accountability in our budgets, our schools, and our criminal justice system so that we know we live in a just and fair neighborhood within a just and fair city.

(Viewer questions)
How does she propose to balance development, including by Loyola, with affordable housing needs (including rentals)?

Finding a way to foster development without displacement is central to this campaign and is one of the most pressing issues facing our community. First, I believe we have to have a more accountable and transparent decision making process about development in the ward. Too often people feel like decision are already made before any community input is solicited and that needs to change. Second, I think we need to be more proactive rather than reactive. By that I mean, we can’t just wait for developers to come to the table with plans and react to their proposals. We need to develop a real plan for what the next 5, 10, and 15 years looks like for the ward, so we can be the ones coming up with ideas and say to developers “this is what the community wants, let’s work together to make it happen.” Finally, rent control is a huge issue right now, but I think we need to remember that more than anything it’s a tool that includes a number of different policies more than it is a set solution. The fact that it’s banned on the constitutional level is ridiculous. We need to the lift the ban, so that it can be a tool in our toolbox as we work with developers to balance development and affordability.

Please ask Maria Hadden if she will be a champion of our neighborhood public schools in the 49th Ward, and if she will defend against the encroachment or expansion of charter schools in Rogers Park.

Absolutely. I think a fully funded public school system needs to be one of our top priorities as a city. Education is a root cause of so many other issues we are experiencing in the ward, so addressing it is crucial. The thing is - we already have amazing public schools, we just need to do more as a community to lift up and support their work. In the ward this looks like showing up in our schools and bringing more members of our community into relationship with the schools so that we can support the students, teachers and staff. At the city level, I want to be an advocate for our schools to make sure our local public schools get the money they need to do things like fix crumbling roofs, expand programming options to boost enrollment, and provide services like full time counselors. 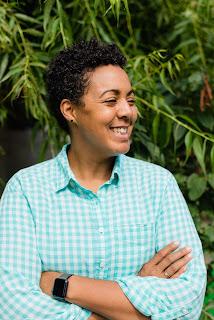 How many signatures are required for you to officially run, how close are you?

I need to collect a total of 473 signatures from registered 49th ward voters. However, it’s a best practice to collect at least 3 to 4 times that amount, as challengers are usually challenged by incumbents to make sure we collect enough ‘good’ signatures. That said we are feeling extremely good about where we are and are very confident that we will be on the ballot come February.

If you don’t win this term will you run again?

That’s a long way off. Right now I’m focused on this campaign, the nonprofit I started earlier this year, and finding ways to help this community in the meantime. I don’t think I’ll have an answer to that question for quite some time now.

Please let me know if there’s anything not mentioned that you would like to be addressed (ie, rising gun violence/crime on the north e and Chicago abroad)

I think gun violence is certainly on a lot of individuals mind in our community right now given recent events. We need to be both addressing the long term root causes of violence by fully funding public schools, supporting job training programs, and reopening mental health clinics, while also making our communities safer right now. This looks like finding ways to rebuild trust between police and community, which I think will require increased accountability through reform and increased civilian oversight of CPD. It also looks like funding more immediate social services, like violence interruption programs such as Cure Violence (formerly CeaseFire) and coming together as a community to form block clubs and making sure we lean on each other and respond to violence with love and support for community even when it might feel easier to respond with hate and fear.

Wish you Love and Light as always!
Capt SistaGurl Out 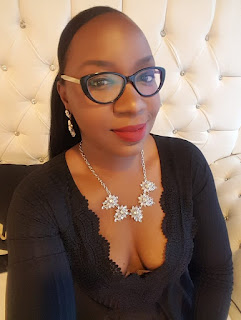